Why do whales beach themselves?

Just recently here at the Shingle Street Beach in Suffolk, a young Finn Whale beached itself. He washed right up on to the beach, and caused quite a big stir about it, and it really got me fascinated about why it would ever do that. They say that its mother also got washed up, but was washed away or had managed to free itself, so apparently the two beached whales were connected in some way.

As it turns out, there are a bunch of different reasons why that whale might have beached itself. Most whales that get beached actually died in the water, and were close to the shoreline and washed ashore after death. 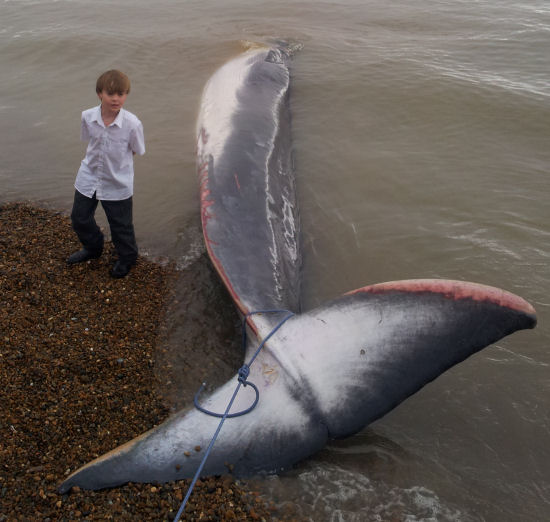 For other whales, though, they may be close to land and get caught up in tides to get washed up to the beach while being unable to swim back out to sea. That typically happens to older or younger whales who cannot swim as well because they are weaker.

Additionally, other whales get beached because, of all things, they were following dolphins into more shallow water and get caught up in tides towards the shore. Apparently, whales like to follow dolphins and can naturally follow dolphins, either for protection or guidance, in many different cases. The following is so tight, in fact, that many marine biologists are trying to figure out if they can train dolphins to guide whales to safety in certain conservation situations!

Other whales get beached for a variety of different reasons, like disruptions in their magnetic fields of vision, hunting errors too close to the shore, difficulties in giving birth, old age and infections, and rough weather than can disorient the whales and make them lose track of their position relative to the coastline.

Once beached, a whale doesn’t have much of a chance to survive if he doesn’t have immediate help from people on short to keep his body temperature right, and can’t get quickly back into the water where he can breathe, live, and eat properly. The prognosis for a beached whale isn’t good if it can’t get immediate assistance, unfortunately; most whale pods know when a member has beached, and they will call out to their fellow whale in an attempt to rescue him.

Whatever the reason, something is wrong when a whale beaches him or herself. I’m sure it’s a sight to see to watch that huge body on the beach, but it’s also sad to know that it isn’t supposed to be there, and whatever reason brings it there means it is suffering in some way while being on land and not in the water.

It really makes me sad to know that this little guy beached himself the other week at Shingle Street, but at the very least, hopefully no other little Finn Whales get beached and they can keep being in their right ecosystem living healthy lives within their whale pods and hunting down fish in the ocean!

This entry was posted in Uncategorized. Bookmark the permalink.

One Response to Why do whales beach themselves?